The door on the Renaissance

The Restoration of the North Door
by Lorenzo Ghiberti 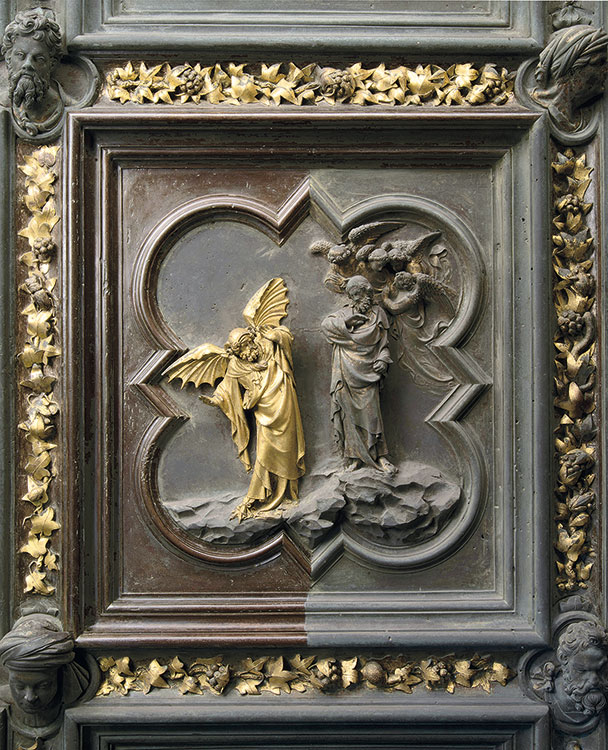 The North Door by Lorenzo Ghiberti is considered the door that ideally opened the Renaissance.

It was one of the major project wanted by Calimala Guild, the wealthiest and most influential guilds in Florence.

The Calimala Guild appeared determined to "give tangible expression to its democratic ideology" and started a famous competition that involved the most important artists of those years.

In 1401 seven artists competed by submitting a bronze plaque on the “Sacrifice of Isaac” to be judged by a committee of thirty-four native-born citizens of Florence.

The competition quickly narrowed down to Lorenzo Ghiberti and Filippo Brunelleschi and the first one won the project. 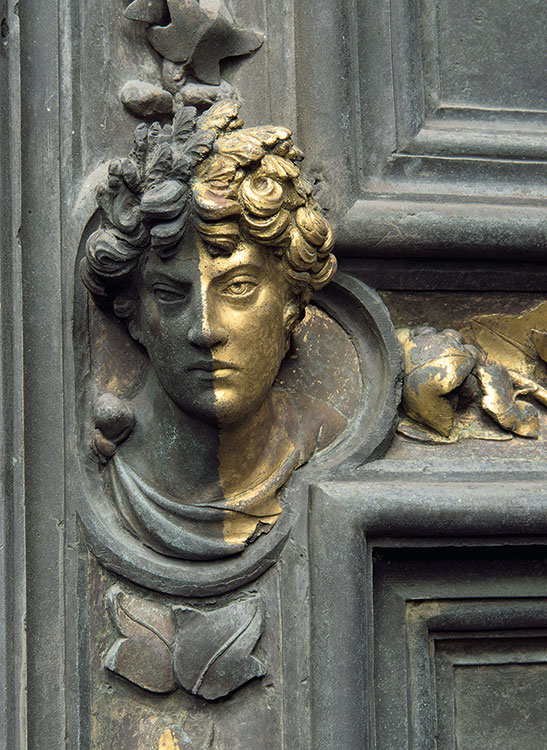 Historians have always pointed to this competition as a watershed between the old and the new: the dawning of the Renaissance.

This magnificent opera took Ghiberti 21 years to complete the gilded bronze doors of twenty-eight panels and the Calimala Guild 22,000 florins, equal to the annual defense budget of the city of Florence.