How to join the North Door contribution

How we re-invest your contributions

Upon an entrance fee of € 150.000, a member of the association may adopt a panel of the door and finance not only its restoration but also its substitution with a faithful replica.

He will also be given the right to purchase another identical, exclusive museum quality replica of his respective panel. 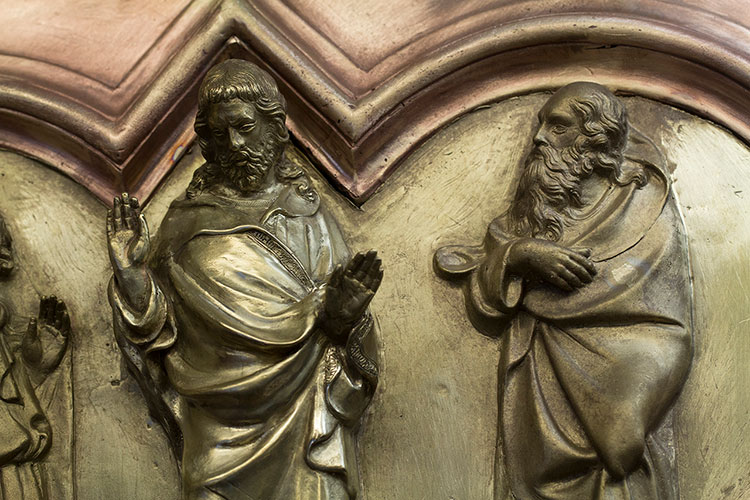 Lifelong membership requires a onetime donation of equal amount from each member.
The Guild of the Dome has also a 501cs recognized status and is fully compliant with the american legal and tax systems, to facilitate the fund raising activity of the Guild in the USA.

Eighteen panels have already found a donor and have been presented to the public in the presence of civil and religious authorities, with the participation of the members of the Guild of The Dome.

The first restoration project started in 2012 and concerned Lorenzo Ghiberti’s North Door, on which restorers from Florence’s Opificio delle Pietre Dure have worked with an extraordinary dedication.

The goal was not only to clean the door, but to prevent further deterioration taking place in the future, by using the most modern technologies applied to the art of restoration.

The laboratories are equipped with a special mechanism which enables to rotate and support the two huge doors during conservation. 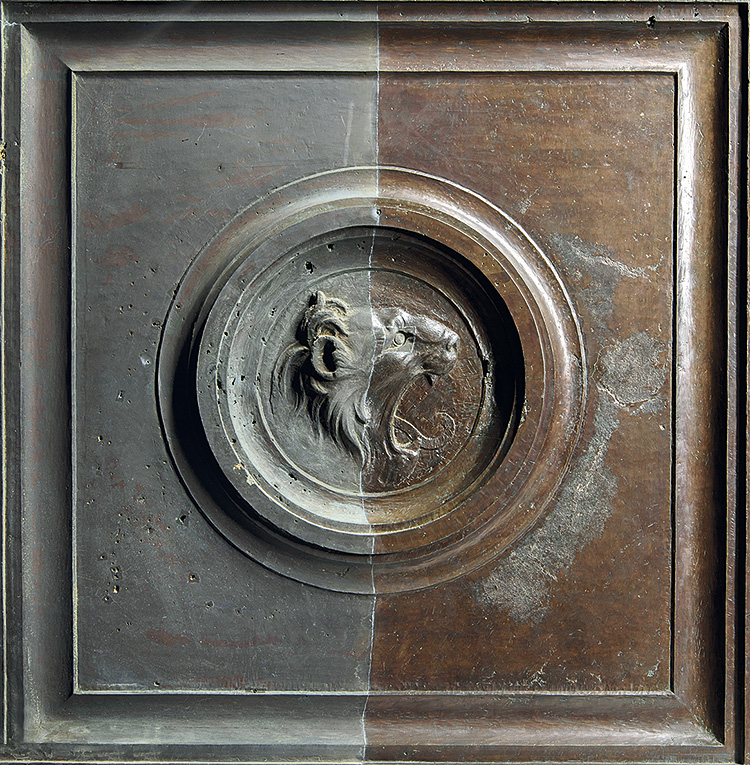 The cleaning of the bronze without gilding is carried out with various instruments and tools, such as scalpels and compressed air tools for taking away the incrustations and deterioration products.

The gilding is cleaned with the laser ablation technique, a method studied for the previous restoration of the Gates of Paradise.

The restorer undertaking cleaning uses the aspirator to extract all the volatile products of laser ablation, wears a mask and has adequate eye protection.

The area to be treated is moistened with deionised water using a soft brush to reduce surface temperature.

For particular alteration the cleaning is integrated with the application of chemical poultices, thin needles are utilised to fragment thick concretion.

The various stages of restorations require great attention; the restorers work with magnifying lenses and have the support of the Scientific laboratory of the Institute where the chemical compounds are studied to highlight the alteration present on the bronze and on the gilded surfaces, as well as the alloy compounds.

After conservation, the doors have been inserted into glass cases with dried air.

MAKING OF THE REPLICA

The foundry of the Frilli Gallery has worked to produce museum-quality replicas of the 28 panels and the frames of the door. This work was very complex, because moulds of the originals were not available. 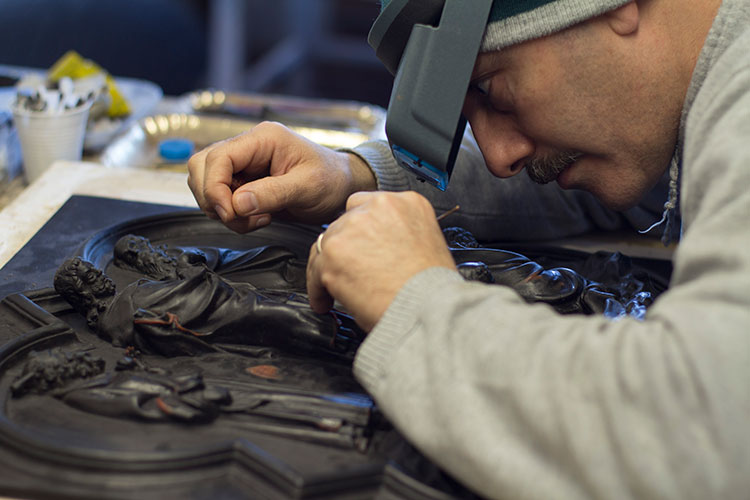 Only by using the lost-wax casting technique and the latest 3D technology the foundry has been able to faithfully reproduce the replica panels.

The innovative approach of the “Guild of the Dome” project lies in its use of traditional techniques of the highest level in the world, alongside cutting-edge technology.

This process has allowed for the first time in history, a replica of a bronze sculpture to be of the same dimensions and with the same detail as the original work of art. The “lost-wax casting” technique is a process that dates back to antiquity. It involves the use of a wax mould. The impossibility of creating a mould from the original was overcome by using 3D technology. 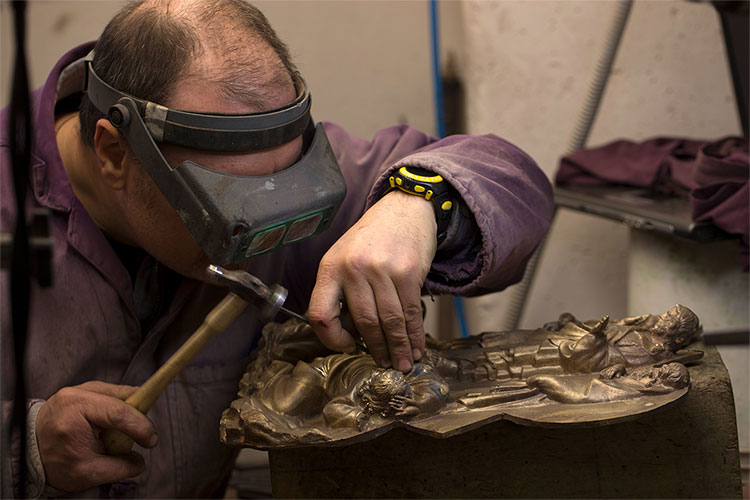 A 3D scan was made of the original panels, whose data, once processed and transposed on a computer, led to a polystirene prototype, from which a silicon negative mould is produced.

At this stage, the extraordinary dexterity of the goldsmiths is brought into play. High density wax is poured in the silicon mould to make the positive model. This is again worked by hand so that none of the details are lost at the time of casting.

After having painstakingly compared the 3D scans with at least 400 photos taken on site of the original work and obtained the approval of the Opera del Duomo and the Ministry of Cultural Affairs, the goldsmiths cover the mould again with a special refractory material and add sprues designed especially for the purpose so that the bronze can be poured as uniformly and precisely as possible.

This stage requires three weeks of work and a team of several artisans, each specialized in one particular detail (landscapes, clothing, body parts, etc.).

At this point the wax is melted to make way for the molten cast bronze, which once cooled is separated from the cast and cleaned with ultrasound technology to remove even the smallest residues of refractory material.

The last stage involves manual chiseling, which brings the panel replica to museum standard.
The casting of the replica was concluded in 2016.

The North Door is back
unveiling ceremony