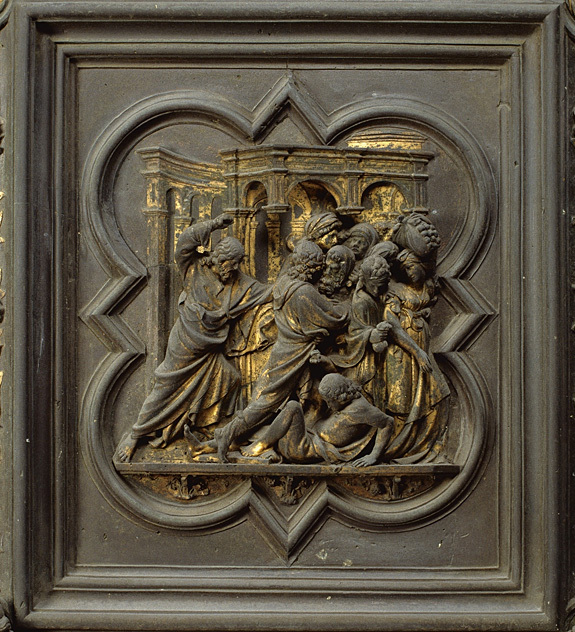 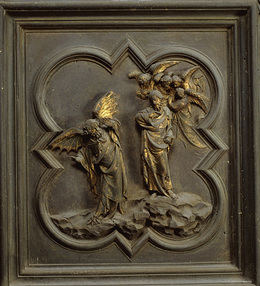 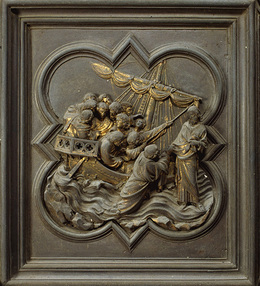 John: 13 and the Jews’ passover was at hand, and Jesus went up to Jerusalem. 14 and found in the temple those that sold oxen and sheep and doves, and the changers of money sitting. 15 and when he had made a scourge of small cords, he drove them all out of the temple, and the sheep, and the oxen; and poured out the changers’ money, and overthrew the tables; 16 and said unto them that sold doves, “take these things hence; make not my father’s house a house of merchandise”! 17 and his disciples remembered that it was written: the zeal of thine house hath eaten me up.

The gospel of John version, as cited above, is the most comprehensive. it is the time of the passover of the Jews, and Jesus went up to Jerusalem. He found those selling oxen and sheep and doves in the temple, and the moneychangers sitting there. So he made a whip out of cords and drove them all out of the temple, with the sheep and the oxen; he threw down the money and overturned their tables. then the Jews said to him:
“What sign can you show us for doing these things?” Jesus answered them, “destroy this temple and in three days I will raise it up again”. The Jews then said, “it has taken forty-six years to build this temple, and you will raise it up in three days?” Jesus was speaking of the temple of his body. When he resurrected from the dead, his disciples remembered that he had said this, and they believed in the scriptures and the word of Jesus.

John places the episode of chasing the merchants from the temple at the beginning of Jesus’ public life, while the synoptic gospels present it as the immediate cause of the passion. The episode, inspired mostly by the detailed description in the gospel of John, became the subject of various representations in the arts. It was portrayed as a quiet scene at the beginning (see gospels of the sixth century and the dark ages), and later developed as a far more eventful scene, especially starting from the twelfth century. a stupendous example is the mosaic representation of the episode located in the Monreale Cathedral in Palermo.

Ghiberti represented the episode of Jesus chasing the merchants from the temple in a later stage of the work on the North Door of the Baptistery in Florence. It is evident that the quatrefoil has become a limitation for the animated composition of this panel.

There are obvious classic references in the architectural setting of the scene, as the pilasters connected by arches that support an entablature and elaborate mouldings and bands. The building begins as a flattened relief that continues into an exedra, which gradually acquires spatial volume on the left, and meets the ingenious invention of the portico in perspective, to finally reach volumetric relief. This solution enhances the spatial effect suggested in the accuracy of the perspective, making the composition seem to emerge from the panel. The two pilasters jutting out in the foreground and deliberately divided as in a “split prospective”, characterize the architectural representation of the portico. The artist applied compositional license in order to emphasize the multitude of figures of the merchants moving, falling and fleeing from Christ who is hitting them with the whip and physically pushing them out of the temple. Elaborate draperies emphasize the sculptural effect of the figures of the merchants. The artist placed the figures on varying levels in perspective, capturing them in peculiar attitudes and expressions.

From the geometrical view, the composition describes how the regular line of the vertical pilasters has fragmented on the oblique line, from right to left, of the emerging entablature. The oblique line (from bottom left to right top) of the posture of Jesus, instead, contrasts with the first fallen merchant raising his right arm for protection (on the same line with his left arm supporting it). The arms of the other figures are on the same oblique line (from bottom right to top left). The focal point is in the centre of the panel where the hand of Christ is pushing back the first merchant. The entire scene is set on a shelf beneath which there are floral decorations.

Over the centuries, artists of all cultures and traditions have represented exquisite and magnificent depictions of the episode of Jesus chasing the merchants from the temple. among these is the intriguing depiction by the 15-16th century Flemish artist, Quentin Masys. Also noteworthy is one of several depictions of the 16-17th century Spanish painter, El Greco.

Over the years, innumerable artists from diverse geographical areas and cultural traditions have portrayed splendid representations of this episode.